Famed Łódź history dates back to pre-WWII times, when as Elektrosan, the company manufactured medical equipment, among others for the Military Hospital in Łódź. The trading name has changed since, but the business has remained the same. State-Owned FAMED-1 Electromedical Equipment Factory was the legal successor of State-Owned Electrical Equipment Factory in Łódź established with an ordinance of the Minister of Heavy Industry on 31 December 1949, then transformed a number of times. Initially, the factory was housed in the office and manufacturing premises given to the company in the centre of Łódź, at 6 Komuny Paryskiej Square. In 1968 the enterprise moved to the new facilities at 2 Szparagowa Street. Fabryka Aparatury Elektromedycznej FAMED Łódź S.A. was established as a result of commercialization of FAE FAMED-1 state-owned company carried out by the Minister of Treasury on 23 April 1998. In 2010 the company was privatized and added to the ORGANIKA Group. During the restructurisation process, the offices of the company were moved to 21a Ciasna Street in 2011. From 2020, the company is located at a new address at Dostawcza 3D in Łódź.

Famed Lodz S.A. is a manufacturer of medical lighting systems valued in the country. The company's assortment includes operating and treatment lamps, as well as diagnostic lamps and devices for air sterilization with the help of UV radiation intended for use in doctor's offices. Lamps produced by Famed use as a light source LED diodes that are becoming more and more popular, guaranteeing longer life of the device, high light intensity and saving electricity. Additionally, the operating lamps made in LED technology have the option to turn on only green LEDs, which allows for endoscopic procedures (maximum hemoglobin absorption per wavelength corresponding to the green color, thanks to which there are no reflections with green light that would hinder the interpretation of the endoscopic image). We are a manufacturer of high-quality medical equipment recognized in Poland and in the world. Our company's many years of operation in the medical industry, the experience gained in combination with the use of modern technologies guarantee the high quality of our products. We are happy to adapt to the individual needs of the customer in terms of the offered equipment, which makes our products tailored to our customers. We provide high quality of the offered products, professional service and expert advice - according to the quality ISO 13485: 2016.

NEW TECHNOLOGIES IN GOOD LIGHT is our mission, which we carry out to fully meet your expectations. 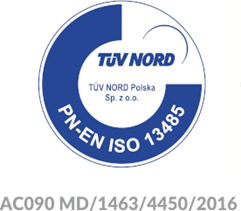 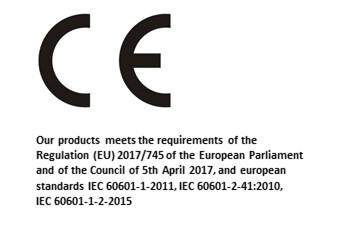 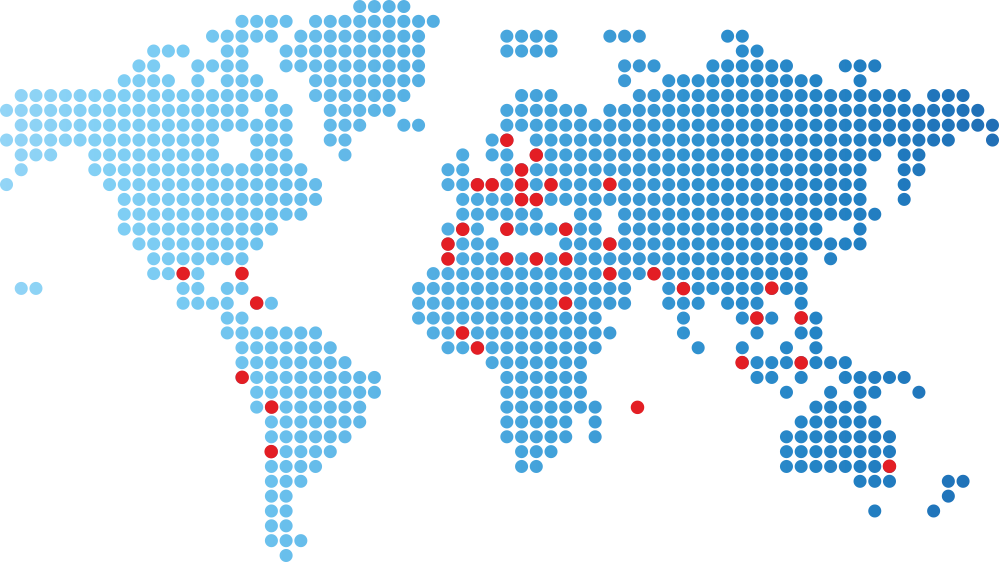